Had a horrible experience over the weekend at this once promising spot.  Only one server for the entire restaurant.  Drinks took half an hour to get.  Food took almost two hours.  The manager was rude beyond belief and the place wasn’t even crowded so there are no reasonable excuses.  Will not be going back.

Why go?  You enjoy abuse.

Sunny Spot, the much feted Roy Choi’s newest in the former Beechwood space in Venice trades in his emboldened Asian flavors for a pan-Caribbean menu and vibe.  The once starkly lined room is now a playpen of color with island music blaring and a hip but relaxed crowd nibbling on his newest creations while sipping on Brian Butler’s (A-Frame) cocktail creations which lean heavily on rum.

Opening night sees the restaurant, bar and patio jammed with Choi running around the room and kitchen while his staff, already in mid-season form confidently dole out the vittles and drinks.  Akin to his other boîtes, expect some dishes to knock your socks off while others may leave you scratching your head.

As The Monster spent much time living and working in Kingston, Jamaica the arrival of Sunny Spot, a stone’s throw from both home and work, is met with great anticipation.  Choi has made his name by combining unique and interesting flavors in ways others wouldn’t dare and Sunny Spot is no different.

On this evening we pick and choose off the menu that does not demarcate appetizers versus entrees and instead lays them all out for one to decide how to curate the evening.  The Monster starts off with a Dry Harbour, pot still rum, lime, absinthe, habanero pineapple shrub.  It’s spicy and sends shivers down your throat.  Delicious. 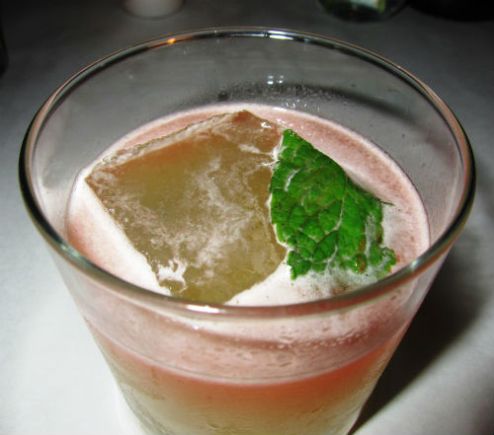 The first course is the Papaya Guava Salad which features crushed cashews, red onion, lime, tarragon and honey.  It’s a knock-out opening dish and shows the confidence Choi has in his creations.

The sweet and salty Plantains hit the table next and they are quickly devoured.  This is a dish Choi hyped prior to Sunny Spot’s opening and deservedly so.  Sweet, salty, sticky goodness with the overripe plantains prove impossible to resist. 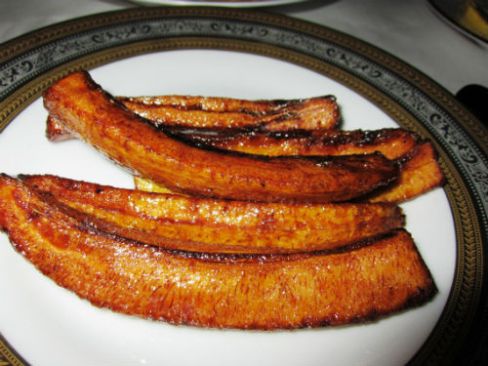 The Fish Bone Fisherman’s Stew with shrimp, clams, cod collars, snapper scraps and halibut is out next and it’s a tough dish to gauge.  Spicy, perhaps too much so even as the flavors initially get lost.  But once your mouth acclimates to the heat the stew begins to reveal itself.  This iswhere the lack of any staging within the menu becomes problematic as it’s hard to go from this dish onto the next. 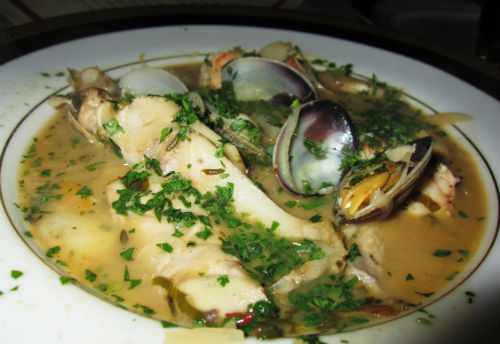 Banana Thai basil ketchup accompanies the Yuca Fries.  And while the fries prove a bit harder than The Monster would like the ketchup sings.  In fact, more of it is ordered to slather on other dishes. 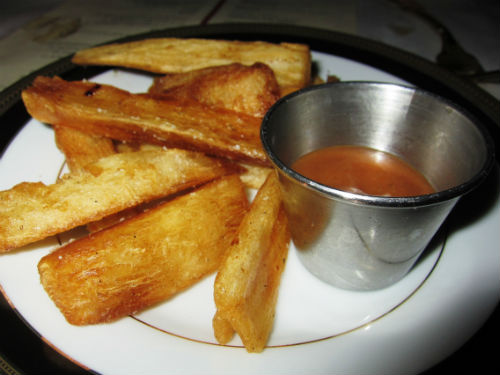 Diablo Prawns with rum glaze, garlic butter, herbs is a smaller portion, though the rum glaze works well with the heat of the dish.  Neither winner nor loser, this is one of those dishes you enjoy but do not necessarily order again. 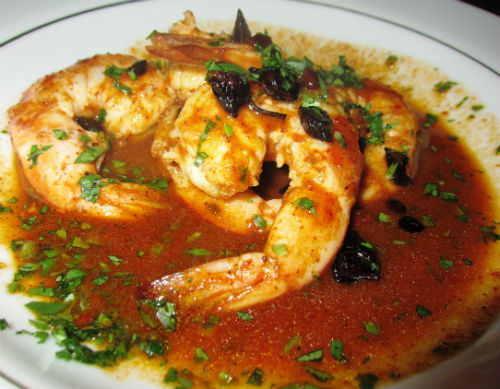 Broiled Hamachi Collar with garlic thyme butter, lime, banana chili glaze is the first real miss of the evening.  Given it is opening night and the menu is probably still being tweaked The Monster wonders if this dish will be improved upon or scrapped altogether.  The consistency is most likened to eating baby food and perhaps all the other bright, bold flavors hurt this dish.  Broiling this fish may have also been a culprit as The Monster doesn’t taste any of the accompanying flavors.

The Whole Lobstah with allspice butter, herbs, roe and lime makes up for the Hamachi Collar.  While delicious on its own, too often restaurants look at lobster and say a little drawn butter and voila, there is our dish.  This reinterpretation of the traditional lobster owes more to Asian preparations of lobster and is succulent and sweet.  Too bad the pre-cracked lobster does not come with a small fork to dig out the hard to reach meat.

For the next cocktail the Sunny Old-Fashioned with Nicaraguan 12 year old rum, honey, allspice, angostura is the call.  It’s nice.  Never ordering again however as it doesn’t quite work with the food for The Monster.

Up next is the passion fruit Squid with coconut, chilies and mint.  Yea, that squid packs some heat.  Numbs the tongue, burning in the eyes.  The Monster wishes the heat were turned down one notch to let the other flavors (coconut especially) shine through.

And then there is the slow roasted G.O.A.T (Greatest Goat Of All Time) with pickled mango.  Perhaps if you are more of a goat eater than The Monster this will work for you.  Instead, The Monster is brought back to his days in Jamaica when goat penis and goat ball soup were offered to him (he politely and quickly declined).  The meat is very, goaty.  Take of that what you will. 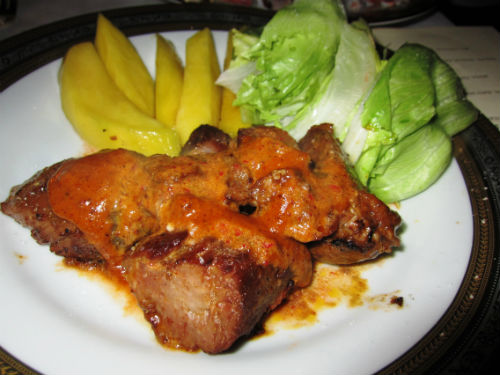 Lastly,  the November Pie Sweet Potato Souffle with walnut crust caps off the night.  That souffle is burn the roof of your mouth, hot.  But when paired with the toasted marshmallow ice cream it rocks.  Not too sweet but enough so you know you’re eating dessert.  A lovely end to the meal. 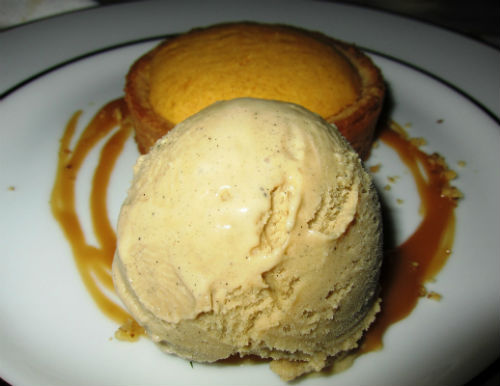 While a bit uneven, Sunny Spot proves to be the next in Roy Choi’s long line of uber-successful restaurants with its party atmosphere and wonderfully inventive menu.

Why go?  You love goat balls.